We build systems for planning and managing satellite communications networks.

Our solutions are used to manage, monitor, and optimize valuable satellite payload resources and spectrum to maximize the coverage and capacity of your satellite networks. Our solutions scale from a single satellite to a constellation of satellites providing global coverage.

Our GRM is a real-time software system that dynamically manages the resources of a digital communications payload. Interfacing with the network and satellite ground control systems, the GRM selects, prioritizes, and establishes communication channels on the satellite in response to traffic demand.

The GRM is a technically sophisticated system designed to manage today’s technically sophisticated satellites. Unlike traditional bent-pipe satellites, today’s flexible payloads support digital channelizers, beamformers, and powerful on-board processors. Designed specifically to support digital payloads, the GRM is capable of dynamically switching hundreds of channels between hundreds beams. In order to maximize the efficiency of the onboard digital resources, the GRM monitors the payload status in real-time and dynamically reconfigures the channel switching to accommodate bandwidth allocations on the ground. 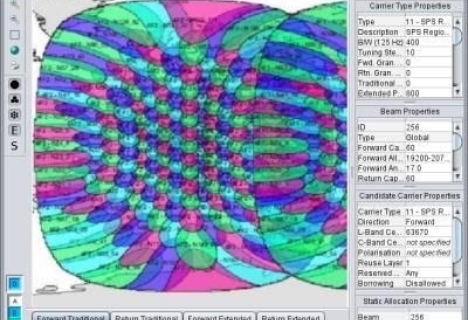 Our eGRM is an instrumental tool in managing the payload resources of high-throughput satellites. Supporting global coverage, including fixed and mobile terminal services, it was originally introduced in to support the roll-out of Inmarsat’s Ka-band Global Xpress service, the world’s first global HTS network of satellites.

The eGRM plays critical roles in both offline resource planning activities and online resource management activities. It provides representative payload modelling, via our Payload Configuration Tool (PCT), to allow changes to the payload configuration of each individual satellite to be made that consider constraints, limitations, and trade-offs of each change. It models the satellite payloads for satellites manufactured by multiple vendors, in a single common environment, despite significant differences in the payloads of these satellites. Within this common environment, satellite payloads can be modelled based on the physical inter-connectivity of the payload equipment or based on a more abstract logical modelling that simplifies connectivity, thereby reducing management complexity.

To support the validation of satellite payload changes, the eGRM provides analytics to check for impairments to the performance of the network that would be caused by the implementation of a series of payload changes. These analytics include checking for beam-to-beam interference, validating steerable beams are positioned outside of exclusion zones, and checking for regulatory and coordination constraint violations. It also provides advanced analysis capabilities to analyze the performance of current payload settings against actual network traffic based on the QoS of service plans, as well as the potential predicated performance of sets of payload configuration changes. For the performance analysis of proposed payload configuration changes, the eGRM can use historical network traffic, beam loading profiles, or service plan QoS attributes as inputs to the analysis process. Multiple proposed sets of configuration changes can be analyzed at once, with the eGRM supplying weighted ranking metrics to allow a planner to see which set of changes might best fit for the current network load.

To support network operations, the eGRM’s operational capabilities include the scheduling, submission, and coordination of the payload change plans to the Spacecraft Control Center and the corresponding terrestrial network changes to the NMS of the gateway/hub. The eGRM also provides on-demand steerable beam relocation, telemetry collection for verification of payload changes or reconstruction of the payload configuration of a satellite, and management for the resource allocation of power-bandwidth leases. 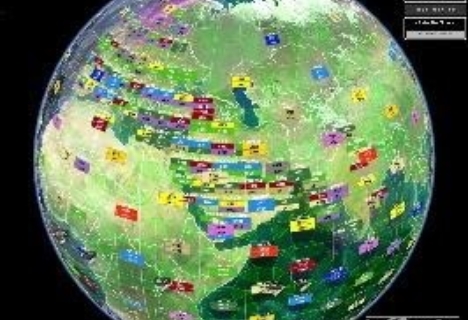 Our SLM adds automated short-term resource management capabilities to global VSAT operations. It augments an existing VSAT platform to achieve goals of reducing, eliminating, or preventing network congestion, helping to ensure terminals are operating within regional regulatory constraints, and ensuring terminals are assigned to satellites with unobstructed views and favourable skew angles. It provides consideration for power flux density, amplifier load within the satellite payload, and planning and management facilities for return link carrier packages. These crucial capabilities of the SLM, provided in a high-availability configuration, make the SLM a vital component to augment the resource management of your VSAT networks.

The core function of the SLM is to dynamically manage the levels of congestion on the network caused by satellite resources needed to satisfy terminal demand in accordance with QoS agreements. The SLM tracks terminal movement and satellite resource demand and usage over time and uses the data to determine areas of congestion. In the case of terminal movement data, terminal trajectories are calculated and incorporated to look for near-term congestion situations, as well. The SLM attempts to alleviate congestion by looking for alternate satellite resources to satisfy demand shortages and reallocating them to terminals in need. The overall result is a re-balancing of resources on frequent cycles to provide an excellent fit of available capacity to the terminals on the network.

The SLM can play a critical role in increasing the capabilities of your VSAT network, as it grows to meet the increasing demand for reliable broadband connectivity. 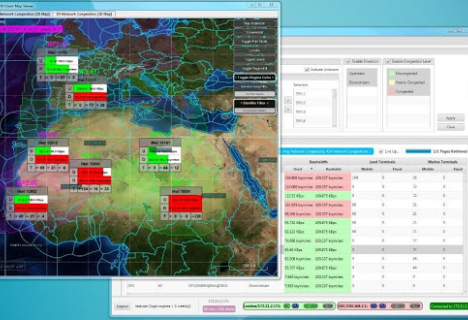 Calian has a suite of Planning Tools and applications designed to operators in managing their satellite network. These include applications for long-term capacity planning, sizing service based on customer requirements, and beam coverage analysis.

Calian’s next-generation Satellite Capacity Management System delivers the latest advances in satellite communication payload and link propagation analysis techniques and modeling. The SCMS is an advanced software system used by satellite operators and satellite service providers for planning and managing the use of their satellite capacity.